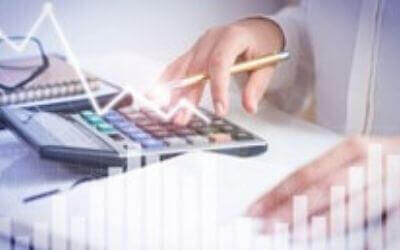 Now that vaccines are plentiful and effective, the economy is emerging from the COVID-induced recession that began a little more than a year ago. As we reflect on the past year, we can identify a few trends that serve as financial lessons for the future.

The importance of rebalancing and staying the course through volatility

Many people do not like to hear “stay the course” because they are losing money in their investments, and they have the urge to act. The natural tendency is to stop the decline by selling stocks that are going down. People think they will get back in when things look better. However, the stock market always recovers a significant amount of the decline before things start to look better economically. So, people end up selling near the bottom and getting back in at much higher levels, which does permanent damage to account balances.

Our investment experts rebalanced accounts in late March last year when the market was down significantly. We sold bonds and bought stocks. Then in May, after stocks had recovered quite a bit, we rebalanced again, and we sold stocks and bought bonds. Rebalancing during periods of high volatility is a key strategy allowing you to capitalize on opportunities by buying investments that are low and selling investments that are high. Buy low, sell high is always good advice to follow, but not always easy.

Have an asset mix that is in-line with your risk tolerance and personal situation so you will be able to resist selling when share prices are down. If you have too much allocated to stocks at the time when a correction comes and you react by selling them before they have a chance to recover, you will not participate when share prices recover. This strategy will have a serious negative impact on your long-term results. It may help to work with an investment manager.

The power of stimulus

The federal government created a record amount of fiscal stimulus in the past year, multiple times larger than anything seen before. It will have a definite positive impact on economic growth this year, but it also comes at the cost of significant additional government debt.  There will be an economic price to pay for the ballooning national debt, but it is difficult to know when that will happen.  In the short term, it is a definite positive for the economy.

The stimulus benefits have insulated many people from being negatively impacted by the economic disruption caused by the pandemic. In fact, extra federal unemployment money meant that many who were unemployed because of COVID took home more weekly income than when they were working.

One inefficiency of the stimulus was that much of it went to people who were not negatively impacted by the pandemic, or the size of the benefit was larger than the negative impact experienced. This windfall, additional money in the hands of people who did not really depend on it, will also have a positive impact on the economy because much of the excess money received will be spent on goods and services this year.

Have respect for TINA

TINA stands for there is no alternative. This has been a theme in the markets for the last year.  With much of the economy shut down, consumers did not have great options to spend their money, and with interest rates near zero, they earned nothing by saving it. Many concluded they might as well buy stocks. This massive influx of new investors has helped move stock prices higher.